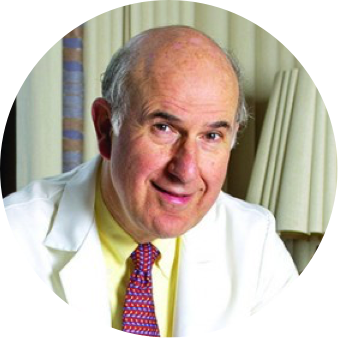 Gilbert Omenn is the Harold T. Shapiro Distinguished University Professor of Computational Medicine & Bioinformatics, Internal Medicine, Human Genetics, and Public Health and founding director of the Center for Computational Medicine & Bioinformatics at the University of Michigan, Ann Arbor. His research is focused on proteo-genomics and bioinformatics of cancers. He led the global Human Proteome Project (www.hupo.org) for the past decade. He previously worked on biochemical genetics of the brain, cancer prevention, health promotion and disease prevention for older adults, and science and health policy. He is an author of 618 publications with 39,000 citations/h-index 81 and editor/author of 18 books.

He was a White House Fellow at the U.S. Atomic Energy Commission, Associate Director of the White House Office of Science & Technology Policy and the Office of Management & Budget, and President of the American Association for the Advancement of Science. He chaired the Presidential/Congressional Commission on Risk Assessment & Risk Management in the 1990s. He served on the board of Amgen, Inc. for 27 years and Rohm & Haas Company for 22 years. He is an elected member of the National Academy of Medicine and the American Academy of Arts and Sciences and a fellow of the American College of Physicians and the AAAS. He received the Walsh McDermott Medal from the National Academy of Medicine and the David E. Rogers Award from the Association of American Medical Colleges. He holds a BA from Princeton, MD from Harvard, and PhD in Genetics from the University of Washington. He has three children and seven grandchildren. He is a musician and tennis player.